It’s an exciting time for everybody when a new puppy comes to stay, but care needs to be taken at the introductory phase to make sure the transition creates the least amount of stress for the new family member. Setting a routine and establishing rules are an important part of helping the animal settle in and form strong bonds. 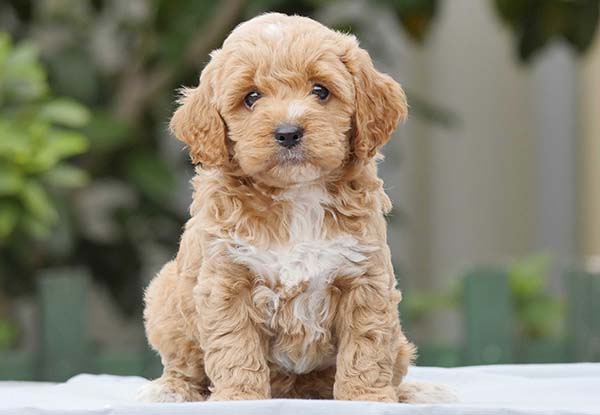 Puppies should only be adopted after 8 weeks of age as this gives them enough opportunity to reach an appropriate behavioural and emotional level of development. It’s a good idea to shelter the new pup away from other animals, and only allow contact with screened animals who you know have been vaccinated. This will ensure the pup does not come into contact with dangerous diseases before you have had a chance to vaccinate him.

Start establishing the rules of the house as soon as the pup comes home. A sleeping area should already have been decided upon, as well as the feeding area, the furniture where the pup is and isn’t allowed, and a time scheduled for walks. Sticking to the routine religiously will ensure that the puppy is always relaxed and happy, and grows up into a well behaved and obedient animal. 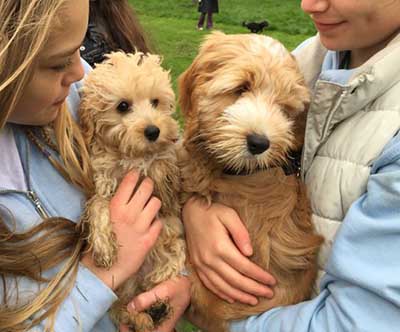 If you have other dogs in the house a successful strategy is to allow the new pup and the established dog to meet on neutral ground. A friend’s house will do just as well. Preferably, the meeting should take place between a chain link fence before a true nose to nose meeting. This removes the barrier of any territorial claims the established dog may have and create a more amenable animal for meeting the little fella. Dogs meeting for the first time should also remain unleashed, as they may become stressed if they feel they have no options for retreat.

You’re on the right track if your dog displays signs of wanting to play with the puppy. The tail and rear end will go up and the front will go down. Also look for signs of yawning as this will also indicate they consider the pup to be no threat. Of course, barks, whines, and growls will need to be judged against other body language signs to give you an idea as to your dog’s true emotional state. A puppy who licks the other dogs face and mouth and rolls over is another great sign that lets the established dog know that he should go easy on the new pup. 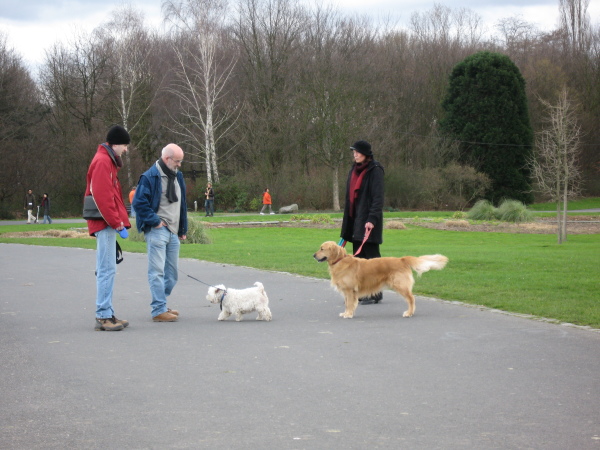 Once you have had a successful introduction away from home territory it’s time to bring it back to home base and repeat the introduction outside in the yard. If you have more than one dog, make sure the puppy only meets one at a time otherwise the experience may become an overwhelming one for all concerned.

When the pup has been introduced to all doggy family members bring him inside but leave all of the other dogs outside. When you do let them in make sure they get to see the new pup as soon as they enter. This gives the greatest opportunity for dogs to quickly work out their new social order so they can all get along. Keep the puppy separate (such as in a room with a baby gate) for the first few days if you can’t directly supervise all of the time, as an unsupervised encounter can quickly spiral out of control.