Cavoodles have become the favourite breed of many families right across Australia and the world and here are just a few of their more famous owners! 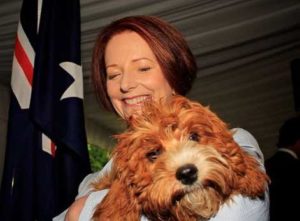 The former Prime Minister of Australia was given a Cavoodle (Reuben) by her partner Tim Mathieson as a 50th birthday in 2012 while she was the PM with the story and photos of little becoming front page news. Julia Gillard became Australia’s first female Prime Minister as the leader of the Labor Party and has retired to become an ambassador for many women’s issues. Ms Gillard has described her Cavoodle as “the best, best present!”. 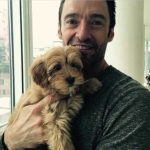 The Australian star of huge Hollywood movies and best known as Wolverine in the X-Men series, Hugh Jackman is well known as dog lover. He has added a Cavoodle puppy named Allegra to his home along with his French Bulldog Dali. Allegra the Cavoodle was an early Christmas present for Hugh Jackman, his wife Deborra-Lee Furness, and their two children Ava and Oscar. Jackman has posted many photos of both dogs on Instagram and is often spotted by the paparazzi out and about with both dogs. 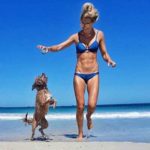 The former dating reality show contestant and Instagram model from Perth Australia regularly posts photos of herself and her Cavoodle at Perth’s Mosman Dog Beach. Tiffany shot to fame as a contestant on “The Bachelor”. Although she did not win on that dating show, she found love with another contestant Megan Marx and both treat her Cavoodle to regular outings. Her red Cavoodle is a regular sight on the idyllic dog beach with Tiffany and this active and beach loving Cavoodle loves playing in the surf. 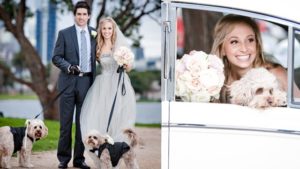 This Celebrity vet from the hit TV shows Bondi Vet and Dr Lisa To The Rescue absolutely adores her two Cavoodles and even had them at her wedding! Her two Cavoodles Lucas and Nelson served as her page boys and she stated afterward that “she would not have it any other way”. Lucas has gone blind from PRA, stressing the need to buy a Cavoodle from a breeder who DNA tests their breeding dogs. PRA stands for Progressive Retinal Atrophy and is a slow but unstoppable degenerative eye disease that is not apparent in young dogs but becomes worse with age, leaving the affected dog blind. All reputable Cavoodle breeders DNA screen their dogs for this disorder.